“The Exact Program Tim Is Doing That Transformed His Body”

Tim is a beast, nobody at the gym debates that and everybody clearly see’s that. But he wasn’t always like that – just like every other jacked dude, he came to us with less muscle and a little more body fat.
See’s there’s nothing wrong with that and I wanted to point that out before I write anything else at all. Why? Because he did the most important thing for his transformation on his own, before I even met him.

He reached out for help.

See that’s the biggest step anyone can take in order to transform his or her body. And if you ask anyone who is super lean, stacked with muscle, beyond strong in the gym, or even just a successful business owner – they had a coach, a mentor, a guide, or some person that influenced their thought process on how to get better. 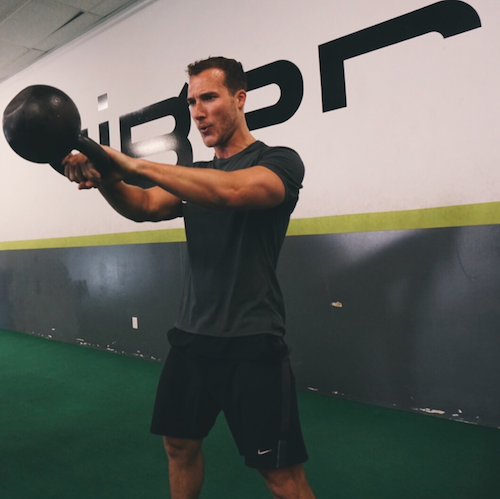 I’m not going to beat a dead horse here with this advice, I’m just letting you know that the best step any of us can take in experiencing a complete body transformation is by reaching out – Tim reached out to us and joined our Mansformation Program. If you’re a guy who wants to get lean, build muscle, and join an association of men all achieving the exact same thing… Click Here Now and Get a Free Discovery Call.

Now lets get onto it! How the hell did Tim shed body fat and get a 6-pack, both WHILE adding noticeable muscle mass and building his strength higher than it’s ever been?

I know I know…The least sexy thing I could’ve said there, you can’t even implement this “right away to see results”.

But we are real here at Vigor and we’re always going to give the transparent truth when it comes to getting our clients badass results. When we first sat down, we went over the process of getting Tim to where he wanted to be and it included a big commitment.

Tim committed to a full year of watching how he ate, lifting 3 times per week, and jumping into our team training metabolic classes (In other words – Nutrition + Lift + Cardio).

“You can achieve your goal in less than a year if we focus, I believe in that. But you need to give yourself enough time to not only reach the goal, but also to sustain that goal”

In many cases, most people overlook the part of maintaining the fat loss they see. And that’s why a longer commitment is typically necessary. Does it get easier as you go? Yes it does, in most cases, but it takes a lot of accountability to get into that gym and keep your eye on the prize – even after you’ve seen the fat loss.

So to finish off my talk on consistency, because we’ve all heard it a million times… To see a complete transformation like Tim did, I’d highly suggest training as frequently as he did. Tim lifted 3-4 days a week, every single week.

This doesn’t mean every session were intense ball busting workouts, but he got it in with me in a semi-private training session OR jumped in a small group such as strength camp (which is damn near the same thing).

He also did our Team Training class 2-3 times per week – metabolic work. Now, you may not have access to us here in Seattle, and that’s ok. Metabolic training is really just a fancy way of saying and way more fun way of doing cardio. So implement some HIIT cardio and basic movement days and you’re golden.

Now we’ll get into specifics…

Now before you think I’m going to throw some macro talk at you, because I’m “The Vigor Nutrition Guy”…Think twice! Tim has successfully transformed his body without implementing any serious form of macro tracking.

Yes, it’s possible – you don’t NEED a specific calorie intake or macro ratio to hit every single day in order to see serious results. But you need accountability and you need some structure.

“Without a map to guide you, how do you know where you’re going?”

Well, the same applies with training and nutrition. You can get away with flexibility and ranges, but you need some form of structure or you will not get to the destination.

With Tim, we focused on some principles that will allow us the most muscle recovery and growth, the best performance in the gym, and general health. These 3 things allowed him to focus on putting on muscle and keeping calories low enough, with whole foods being the majority of his intake, in order to slowly strip body fat.

If I would have put Tim into a serious calorie deficit, he may have lost body fat a bit quicker but the issue then would have been muscle loss and performance. As a guy, he wanted to lift heavy and have muscle – so that wasn’t an option.

For him, it was more about staying “around” his maintenance level calories while practicing some basic guidelines. This allowed him to burn his calories and lose body fat mainly through training vs. diet.

Something I want to stress before I move onto the training aspect, is that Tim did not over think, over complicate, or over stress about the fine details.

If he didn’t have a post workout carb because he was on the run, he added it in later for dinner. If he had a drink, he had a drink and didn’t let it ruin his commitment to the overall plan. If he didn’t follow the script one weekend, he got back on track and let the past be the past.

My point is simple; there is no holy grail of nutrition principles. Things are never perfect, things change often, and we need to learn how to adapt and do what we think is best in the situation at hand. THAT is what led to his insane body transformation. 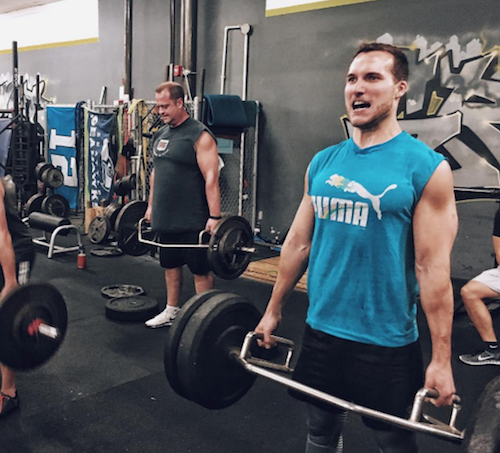 Ok, pay attention here because I’m literally going to break down exactly what I did with Tim over the past 90 Days (He’s been training for MUCH longer than that, as I said above – but I’ll give you the scoop on the exact training program we’ve done recently, which is a close variation of what we’ve been doing this entire time).

Before I literally provide the training program, lets go into the basics of what the priorities, because at the end of the day everybody is individual and likely needs a different variation of certain things.

For Tim, we used a system of programming called DUP (daily undulated periodization), which essentially means training a movement more than once per week, using different rep and intensity schemes to elicit more than one specific stimulus.

But with Tim, like most guys, he wanted to lose body fat, build lean muscle, and at the very least maintain his strength (we built it up though). This is where DUP comes in very handy.

We started the first 8 weeks of his 12-week training cycle performing the Trap Bar Deadlift for his major lower-body compound lift. One day we performed lower reps with heavy weight, one day with the mid rep range, and one day with a higher rep range. In doing this, we hit every modality when it comes to volume and intensity levels. This is ideal when it comes to building strength and muscle mass, studies have backed that up, and from my experience it is also ideal for fat loss because it leaves no stone unturned by using every energy system.

Here’s where the kicker is and how we really got the fat loss happening….

I programmed this in what I call a “Strength Circuit”. In other words, I made these all a big super set so that the intensity of his training would rise up a bit. But the order of operations is key here, because we need to understand the energy demands of the lift performing.

We’re going heavy, pushing the tempo, and keeping the blood flow going so you’re getting a pump even in these low rep ranges. This is going to help, like I said before, each of the performance results we’re striving for with Tim.

This is the key of his program. Above all else, this is what did the magic and provided the crazy results we were looking for. But of course, we had to utilize assistant work as well.

With Tim being constantly in our Team Training Metabolic Group, he was working his legs ton – they’re performing sprints, squats, lunges, prowler pushes, and more… So I actually didn’t utilize much accessory work on his legs besides the Sled Pulls on his finishers of each day. Majority of his accessory work was focused on his upper body, as that was what he wanted to see growth and definition in anyway.

So we worked mainly his shoulders, biceps, triceps, abs, and his upper back during this – because during his compound lifts he was working the chest, lats, and legs quite often.

But just like the compound lifts, we utilized DUP to hit every intensity in those muscles as well because again… We want to build more muscle that actually performs too. Yes guys… you can even undulate your bicep curls, it works really well actually.

So lets recap, because before you read the program below I want you to truly understand the why behind the results. See nothing is as powerful as consistency, accountability, and association. Yes Tim had a science based program and followed principles with his nutrition, but without being held accountable by himself and others while being associated in a group of other guys training for the same goals…

His results may have been different or not happened at all. This shit is simple, but it is not easy. It took him a lot of hard work and the group he is a part of helped him stick to that hard work.

The foundations of his successful transformation came down to the following:

Follow those foundational bullet points above; you will successfully transform your body. If you have the drive, but are missing the first 3 bullet points… Click Here Now, get on a Free Discovery Call with a Coach and discuss the next steps to take in seeing your personal transformation.